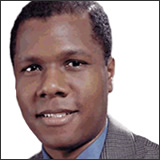 This is a great article and I thought it to be worthy of referencing in full. Please read it and pass it on to your friends. It seems to me that Obama messed up, badly, and now it’s too late for him to admit that by waiving the Jones Act, so now all the White House can do is keep their fingers crossed, and cover their asses. Well, that’s just unacceptable. Heads are gonna roll, and by that, I mean heads in Washington, DC, not at BP.

Keeping Up with the Jones Act

An old, protectionist chestnut is devastating the Gulf Coast.

As a self-proclaimed “citizen of the world,” Pres. Barack Obama should have welcomed rather than spurned international assistance to prevent BP’s underwater oil geyser from wrecking the Gulf Coast. But spurn he did. Obama’s failure to waive the Jones Act still maintains a sea wall that blocks potentially helpful foreign ships from this tear-inducing mess.

The 1920 Jones Act requires that vessels operating in American waters be built, owned, and manned by Americans. Some U.S. ship owners love this protectionist measure. So do maritime labor unions. When it comes to confronting unions, Obama rarely crosses that line.

On April 20, the Deepwater Horizon exploded, killed eleven oil-rig workers, and began gushing perhaps 60,000 barrels of petroleum into the Gulf of Mexico daily. Three days later, the Dutch offered to sail to the rescue on ships bedecked with oil-skimming booms. They also had a plan for erecting protective sand barricades.

“The embassy got a nice letter from the administration that said, ‘Thanks, but no thanks,’” Dutch consul general Geert Visser told the Houston Chronicle’s Loren Steffy. “What’s wrong with accepting outside help?” Visser wondered. “If there’s a country that’s experienced with building dikes and managing water, it’s the Netherlands.”

Had those Dutch ships departed for the Gulf nearly two months ago, who knows how much oil they already would have absorbed and how many pelicans now would soar rather than soak in soapy water while wildlife experts clean their wings.

After initially refusing to name them, the State Department on May 5 declared that Canada, Croatia, France, Germany, Holland, Ireland, Mexico, Norway, Romania, South Korea, Spain, Sweden, the U.K., and the U.N. had offered skimmer boats and other assets and experts to prevent the oil from destroying dolphins, crabs, oysters, and this disaster’s other defenseless victims.

Alas, they were turned away.

“While there is no need right now that the U.S. cannot meet,” stated a State Department statement, “the U.S. Coast Guard is assessing these offers of assistance to see if there will be something which we will need in the near future.” Foreign Policy’s Josh Rogin translated this into plain English: “The current message to foreign governments is: Thanks but no thanks, we’ve got it covered.”

Had Obama instead waived the Jones Act via executive order — as did Pres. George W. Bush three days after Hurricane Katrina — that S.O.S. would have summoned a global armada of mercy. Who knows how many fishing, shrimping, and seafood-processing jobs this would have saved? Instead, thousands of Gulf Coast workers will endure a long march from dormant docks to bustling unemployment lines.

Even now, Obama could invite the world to send boats to clean the waters off Louisiana, Mississippi, Alabama, Florida, and (potentially) the Carolinas and points north, if this mass of oil (so far, roughly equal to 13 Exxon Valdez oil spills) seeps into the Loop Current, swerves around Key West, slips into the Gulf Stream, and slides up the Eastern Seaboard.“

If there is the need for any type of waiver, that would obviously be granted,” White House spokesman Robert Gibbs promised on June 10. “But, we’ve not had that problem thus far in the Gulf.

The Jones Act sometimes gets waived. As Fox News Channel’s Brian Wilson reported on June 11: “According to a news article in Tradewinds Magazine, a US Customs official ruled recently that the Jones Act does not apply to foreign owned vessels installing wind turbines off the coast of Delaware.”

Meanwhile, as Obama respected this old, protectionist chestnut and its Big Labor beneficiaries, he had lots on his mind. As a GOP Internet ad devastatingly details, between Day One and Day 58 of this catastrophe, Obama met with Bono, rocked out with Sir Paul McCartney, and played six rounds of golf, among many other diversions. Yet Obama did not speak directly with BP CEO Tony Hayward until June 16.

Watching Obama’s Tuesday night Oval Office address, BP brass must have been startled to hear the president say: “I will meet with the chairman of BP and inform him that he is to set aside whatever resources are required to compensate the workers and business owners who have been harmed as a result of his company’s recklessness.”

Reckless? BP sure seems so.

But since when does the American president “inform” executives that they must devote billions to any cause, no matter how worthy? Isn’t this why Congress passes legislation and courts administer justice?

So, while a pro-labor trade barrier traps potentially helpful boats in overseas ports, due process withers under presidential diktat.

And the crude oil keeps on flowing.

One thought on “Keeping Up with the Jones Act | Deroy Murdock”