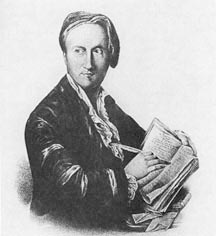 The concept of natural born Citizenship is clear and concise, to anyone with a rational mind. Although some may wish to contort its meaning to fit the presidential candidate of their choice, natural law is incapable of such bias. It takes two parents to produce a child, one male and one female, but you would never know it if your source of information is the lamestream media. By its logic, only one parent is sufficient.

According to Vattel’s Law of Nations, Chapter 19 § 212: “The natives, or natural-born citizens, are those born in the country, of parents who are citizens. As the society cannot exist and perpetuate itself otherwise than by the children of the citizens, those children naturally follow the condition of their fathers, and succeed to all their rights… The country of the fathers is therefore that of the children; and these become true citizens merely by their tacit consent.”

However, if at the time of your birth, your father was a Citizen of Kenya and your mother of the U.S., this would pose a problem. Oh no! What’s the problem? The problem is duality. Under such circumstances, the child would be a Citizen of Kenya (a British subject pre-1964) by virtue of its father, and equally a Citizen of the United States by virtue of its mother. There’s nothing free and clear in this circumstance. Upon the age of consent, such a child may claim citizenship with one country or the other; however, citizenship does not equal natural born citizenship. 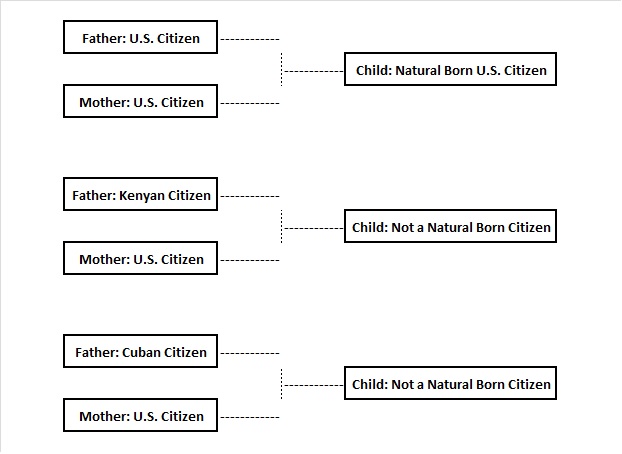 You might not like the result of the above graphic, but that’s simply the way it is. Here are some recent examples.

The main issue is this. According to Article 2, Section 1, Clause 5 of the U.S. Constitution, “No Person except a natural born Citizen shall be eligible to the Office of President.” So where does that leave Ted Cruz? Is he a U.S. Citizen? Sure, if he affirmed. Is he a natural born Citizen? Due to the citizenship status of his parent’s, at the time of his birth, he clearly is not.

Is Ted Cruz eligible to run for the presidency? Technically no, since he is not a natural born Citizen. But since you allowed Barack Obama, who is plain as day not a natural born Citizen, why stop Ted Cruz or anyone else for that matter? If it weren’t for that confounded Constitution, we could nominate whomever we yearned, without conscience. But, since we do have a blessed Constitution, it’s up to us, rather than fainthearted federal judges, to see that it is upheld.