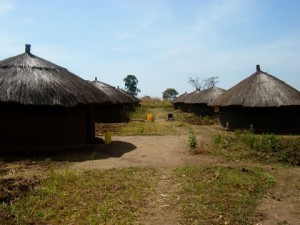 So what exactly do the so called New Black Panthers want? Here is their 10 point platform with some brief commentary. If you ask me, they are preaching in the wrong century, and on the wrong continent, but that’s just my opinion. I wish we could prosecute those involved with the voter intimidation incident and go back to ignoring these left-wing lunatics. But once they started talking about killing folks, their first amendment rights were breached, and further investigation is now warranted.

I was born free and remain free today. I have the power to practice self-determination and to determine my own destiny and do so every day. I do not have any control over the destiny of your mythical community. The community that I live in happens to be multicultural. I am not aware of any Black Nation. I live in the United States of America. The United States of America is my Nation. There is no such thing as The Black Nation.

My friends and business associates represent all races of man. I believe in the truths of the Bible, but not the Quran or other so called sacred texts and writings. I don’t by name believe in MAAT or the principles of NGUZO SABA, although some of the same principles are taught in the Bible. I believe that all people are free, and that each soul will be judged based on their individual actions (content of character), not as a collective body.

The problem is that you begged a white man to do for you what you should have been doing for yourself. I never begged anyone for anything and don’t plan on doing it now. If you want full employment for the members of your organization then perhaps they should go out and get jobs. If you believe that a white man kept you deaf, dumb and blind then perhaps you are deaf, dumb and blind of your own volition. I don’t see any Black folks wearing chains or not making independent decisions every day.

If you want to be gainfully employed until you can provide for yourself, then perhaps some combination of education or job training will help. I graduated from high school and college but found it necessary to take additional courses to specialize in my field. My parents, grandparents, and great-grandparents did the same. You believe in power, wealth and arms in the hands of the people but most of us have gone beyond just believing and actually have achieved some measure of the same.

3. We want tax exemption and an end to robbery of THE BLACK NATION by the CAPITALIST. We want an end to the capitalistic domination of Africa in all of its forms: imperialism, criminal settler colonialism, neo-colonialism, racism, sexism, zionism, Apartheid and artificial borders.

We believe that this wicked racist government has robbed us, and now we are demanding the overdue debt of reparations. A form of reparations was promised 100 years ago (forty acres and a mule) as restitution for the continued genocide of our people and to in meaningful measure and repair the damage for the AFRICAN HOLOCAUST (Maangamizo/Maafa).

We believe our people should be exempt from ALL TAXATION as long as we are deprived of equal justice under the laws of the land and the overdue reparations debt remains unpaid. We will accept payment in fertile and mine rally rich land, precious metals, industry, commerce and currency. As genocide crimes continue, people’s tribunals must be set up to prosecute and to execute.

There is no Black Nation. Nobody owes you or I anything. Equality is the best you’re going to get so accept it and get used to it. You mean you’ve been on welfare for 200 years and you still want reparations? Please.

4. We want decent housing, fit for shelter of human beings, free health-care (preventive and maintenance). We want an end to the trafficking of drugs and to the biological and chemical warfare targeted at our people.

We believe since the white landlords will not give decent housing and quality health care to our Black Community, the he housing, the land, the social, political and economic institutions should be made into independent UUAMAA New African Communal/Cooperatives so that our community, with government reparations and aid (until we can do for ourselves) can build and make drug free, decent housing with health facilities for our people.

You want decent housing, free health-care and to end drug trafficking targeted at your people. So you want more welfare, better quality housing projects and more Rehab centers? Try working your way up like the rest of us instead of whining like little cry babies.

We believe in an educational system that will give our people a knowledge of self. If we do not have knowledge of self and of our position in society and the world, then we have little chance to properly relate to anything else.

6. We want all Black Men and Black Women to be exempt from military service. We believe that Black People should not be forced to fight in the military service to defend a racist government that holds us captive and does not protect us. We will not fight and kill other people of color in the world who, like Black People, are being victimized by the white racist government of America. We will protect ourselves from the force and violence of the racist police and the racist military, by any means necessary.

As I said above, equality is the best you’re going to get, learn to live with it. The last time I checked, military service is voluntary, so you don’t have to join. You don’t want to defend your own country, because you think your government, the police, and military are ‘racist’, yet each of these institutions is manned by, and in many cases run by people of color.

7. We want an immediate end to POLICE HARRASSMENT, BRUTALITY and MURDER of Black People. We want an end to Black-on-Black violence, snitching, cooperation and collaboration with the oppressor.

We believe we can end police brutality in our community by organizing Black self-defense groups (Black People’s Militias/Black Liberation Armies) that are dedicated to defending our Black Community from racist, fascist, police/military oppression and brutality. The Second Amendment of white America’s Constitution gives a right to bear arms. We therefore believe that all Black People should unite and form an African United Front and arm ourselves for self-defense.

Police harassment, brutality and murder of any race is a bad thing in my view. You want to end black-on-black violence, but you don’t see putting arms in the hands of every radical nut like yourselves as a potential problem? You speak of cooperation and collaboration with the ‘oppressor’ while I’m looking at black police officers, and a black police chief and wondering what planet you’re living on. An African United Front sounds like a death wish, or perhaps a suicide mission, and on the wrong continent to boot.

We believe that all Black People and people of color should be released from the many jails and prisons because they have not received a fair and impartial trial. Released means released to the lawful authorities of the Black Nation.

Again, there is no Black nation. You want every deranged thief, murderer and drug dealer released into your hands simply based on their color. That’s not going to happen. In fact, you will be joining them soon if you don’t change your ways.

9. We want all Black People when brought to trial to be tried in a court by a jury of their peer group or people from their Black Communities, as defined by white law of the Constitution of the United States.

We believe that the courts should follow their own law, if their nature will allow (as stated in their Constitution of the United States) so that Black People will receive fair trials. The 6th Amendment of the United States Constitution gives a man/woman a right to an impartial trial, which has been interpreted to be a fair trial by one’s peer group. A peer is a person from a similar economic, social, religious, geographical, environmental, historical and racial background. To do this, the court will be forced to select a jury from the Black Community from which the Black defendant came. We have been and are being tried by all white juries that have no understanding of the average reasoning person of the Black Community.

The Constitution of the United States is not a white, or black law, it is simply the law of the United States of America. The last time I was involved in court, the Chief Justice of the State Supreme Court turned out to be a Black woman, so I’m still wondering which planet you live on. My peers could simply be the people in my neighborhood, which I said above is multicultural. Everyone has the right to appeal and I hope they do if they are unfairly treated. That is a Constitutional right, available to all Americans.

10. WE DEMAND AN END TO THE RACIST DEATH PENALTY AS IT IS APPLIED TO BLACK AND OPPRESSED PEOPLE IN AMERICA. WE DEMAND FREEDOM FOR ALL POLITICAL PRISONERS OF THE BLACK RED AND BROWN NATION!

We want land, bread, housing, education, clothing, justice and peace. And, as our political objective, we want NATIONAL LIBERATION in a separate state or territory of our own, here or elsewhere, a liberated zone (New Africa or Africa), and a plebiscite to be held throughout the BLACK NATION in which only we will be allowed to participate for the purposes of determining our will and DIVINE destiny as a people. FREE THE LAND!

Therefore, to the Red Man and Woman, to the Yellow and to the Brown, we say to you – THE SAME RABID DOG THAT BIT YOU, BIT US TOO! ALL POWER TO THE PEOPLE!

How can the death penalty be racist when it applies to anyone who commits murder (depending on the State)? The death penalty is what it is. Where are all of these alleged political prisoners? WHT, now it’s the Black, Red and Brown Nation? Brown and Red folks might not want to join you in your ‘New Africa’. Hell, I’m black and I’ll take a pass. The last thing I want is to be cooped up with a bunch of black mental cases. Next, you’ll be asking for your own planet.

You got your half-black President, and you’re still not satisfied? What’s the matter, no jobs, taxes going up, he hasn’t divided the nation enough yet? There is a cure for rabid dog bites, and we won’t be intimidated come November. If I see one of you Panthers with a stick at my polling place, it will be dutifully shoved where the sun don’t shine.

Bottom line: The New Black Panthers represent a micro sector of radical Black left-wing extremists. The word ‘sedition’ comes to mind. This is a dangerous organization that should be abolished once and for all. Watch them closely, and if they step out of line, take them down.

One thought on “What Do New Black Panthers Want?”