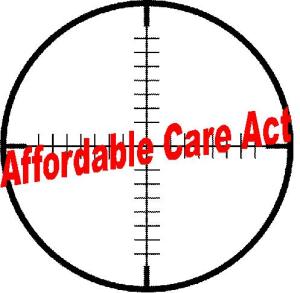 The Quest for Affordability

“If it ain’t broke, break it, and then when it’s broke, nationalize it.” ~ A Wayward Progressive

According to advocates of government takeovers, any private entity which makes a profit is bad and worthy of increased regulation, and once bankrupted, in certain cases, worthy of takeover. Under the rules for government takeovers, the objective is government control of everything, from private industry to personal lives, and everyone is a loser. The only thing that matters for most politicians is that they keep their own government backed jobs, retirement security, and benefits; and the best way for them to ensure this is through increased government control.

The Government Takeover of Passenger Railroads

For example, before the National Railroad Passenger Corporation (a.k.a. AmTrak) existed, there was a profitable private passenger rail industry. But profits being deemed a bad thing by both big government and unions, meant that its days were numbered. “Bring them down”, they decried. “Top down, bottom up, inside out.” While unions pushed for higher pay, greater retirement security, and more benefits, big government tightened regulations — limiting the amount railroads could charge for their services. The attack came by big government from the top, and unions from the bottom. The only thing lacking was a thrust from the inside out.

The first line of attack would come from the Interstate Commerce Commission which prevented increases in the amounts that privately owned railroads could charge both shippers and passengers. This meant that the only way in which railroads could become more profitable was through cost-cutting. But the ability to slash costs was greatly hampered by agreements with aggressive employee unions. Eventually, the railroads turned to mergers as the only way of escape. What else can an industry do once it has been obstructed from responding to changing market conditions?

In 1968, the New York Central and Pennsylvania railroads merged creating Penn Central, which would result in a virtual monopoly within the U.S. passenger rail industry. But the nation would be shocked when only two years later, in June of 1970, Penn Central declared bankruptcy. At the time, it was the largest corporate bankruptcy in American history. But this was only the beginning. Behind the scenes a government takeover was being staged from the inside out.

In May of 1967, the National Association of Railroad Passengers (NARP) was founded to lobby for the continuation of passenger trains in the United States. Imagine that, a few months before the railroads were forced to merge, and just three years before they would go bust; a government takeover was already in the works. This was the missing link, an attack from the inside out. It was big government from the top, employee unions from the bottom, and now passengers themselves (at least in name) were demanding continued services, profitability be damned. The man-made crisis was complete and there was now enough force to justify a full blown government takeover.

The NARP’s lobbying efforts were successful at dividing both political parties. The Democratic Party was opposed to any sort of subsidies to privately-owned railroads, and the Republican Party feigned opposition to the nationalization of the industry. Sound familiar? But in the end, both Democrats and Republicans would compromise for fear of being responsible for the extinction of passenger trains. So what did big government do? What they always do, they agreed to both subsidize and nationalize the passenger rail industry.

The Fate of Shareholders

AmTrak initially issued 10,000,000 shares of common stock, with a par value of $10 per share, to the bankrupt railroads in exchange for their assets. In fact, American Financial Group (AFG) still owns 5.2 million shares which were acquired directly from Penn Central. Although Congress, in 1997, ordered AmTrak to buy back all of its common shares by the year 2002, AmTrak has yet to have the funds, and has in fact been totally dependent on additional government subsidies just to remain viable.

In 2002, AFG filed suit against AmTrak seeking $52 million, plus interest (5.2 million shares @ $10). Two years prior, AmTrak had offered to buy back all of its common shares for a measly three cents per share. Of course none of the common stock holders accepted such a ridiculous offer. Who in their right mind would settle for $156,000 in return for a $52 million investment made some 40 years prior? This is a fine example of what private stock and bond investors may expect in the wake of a government takeover. The original stockholders would have gotten a better deal through normal bankruptcy proceedings, but because of the government’s takeover, everyone got screwed, including generations of unborn taxpayers. It would be wise to remember this as the government attempts to takeover the health care industry.

The Government Takeover of Health Care

And that brings us to the main point of this post, the government’s attempted takeover of the health care industry. The only difference between what I will call AmHeal, and AmTrak, is that the health care industry isn’t broke (yet). But regulations are coming which will attempt to restrict the amount that health insurance and health care providers may charge their customers, while increasing the burden of services they must provide. These regulations will naturally cripple the industry from the top down and from the bottom up.

Health care insurers and providers will quickly realize that the only way they can remain profitable is through cost-cutting, yet their ability to cut costs will be restricted by the increased amount of services they will be required to provide. With millions more customers having been mandated by the federal government, and with restrictions on the amount which may be charged, companies will begin to consolidate in order to achieve economies of scale. But just like the railroads, their attempts will fail. In the meantime, labor unions and progressive community organizers are seeking to stir up public support by way of demanding that health insurers and providers do more with less, profitability be damned. In the end, we will wind up with government run health care, just like many have warned all along.

Unless a poison pill strategy is implemented to derail this insidious disaster, we will soon see the AmTrak of health care, AmHeal. And AmHeal will be just as disastrous as AmTrak in every way. Over time, AmHeal will not only lose billions of dollars per year, but potentially trillions, and will eventually bankrupt the United States of America. Investors in health care companies will be among the first to get burned, as health care companies begin filing for bankruptcy. This will be the final blow to the $2.3 trillion health care industry, and the end of 1/6 of our free market economy.

So how do we derail AmHeal before it reaches the tarmac? In dealing with a government takeover, a poison pill must be taken from within the government itself. We must takeover the government with a top down, bottom up, and inside out approach. We the people must elect politicians dedicated to defunding all regulatory aspects of the affordable health proposal, and then put pressure on the political system from the bottom up. Then all private industry must place additional pressure on the government by requesting waivers, thereby opting out of the government’s proposed mandates. Tea Party advocates, moderates, centrists, conservatives, State governments, lobbyists, and proponents of the free-market must band together. We know that we must stop the government takeover of health care, and that is precisely what we are doing, and what we will accomplish.

AMTRAK REFORM AND ACCOUNTABILITY ACT OF 1997

One thought on “Amtrak: A Lesson in Government Takeovers”