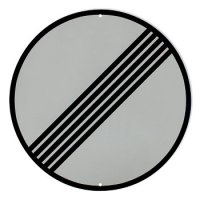 “Raising the debt ceiling does not authorize more spending. It simply allows the country to pay for spending that Congress has already committed to.” ~ POTUS ::

Wow, that was enlightening. I really had no idea. Now I get it. He must be talking about last year, when Congress voted unanimously in favor of the president’s budget, then walked it over to the Senate, which also unanimously approved. That’s when Congress committed to another trillion dollars of deficit spending, right?

Too bad that never happened. In reality, the president’s budget failed to attain a single vote in Congress.

“Before taking up their own budget plan for next year, House Republicans pushed a version of President Obama’s $3.6 trillion budget to the floor for a vote, and it was it was unanimously defeated, 414-0.” ~ Fox News (March 28, 2012)

Well, perhaps he meant this year, when Congress approved an across-the-board tax hike on every American, and at the same time delayed the previously committed automatic spending cuts for two months? But wasn’t that less about spending and more about fairness (or something)?

Now I’m confused. Exactly when did Congress commit to another trillion dollars in deficit spending?

Evidence of absence is evidence of any kind that suggests something is missing or that it does not exist. For example: If it’s raining outside, then the streets will be wet. So it may be assumed that if the streets are not wet, then it is not raining outside. Does that make sense? If so, then so should the following:

I hate to spoil the party, but since the previous increase to the debt ceiling has already been spent, we must conclude that government spending is indeed out of control. Thus, the real issue is not whether Congress should raise the debt ceiling (once again), but rather who, or what, keeps authorizing the federal government’s blatantly obvious spending problem.

Let us be clear. The absence of positive action to increase the debt ceiling will cause the size of government to decrease. Contrariwise, the act of raising the debt ceiling leads to increased spending, more indebtedness, higher taxes and bigger government. If the debt ceiling is not raised, then the federal government must live within its means. So what’s it going to be? Shall we begin living within our means, or will we trudge forward, wantonly borrowing, seemingly without limit?

Appeal to Ignorance (Shifting the Burden of Proof)