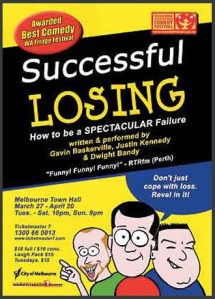 Losing is the New Winning

According to today’s Employment Status Report, the Bureau of Labor Statistics (BLS) reveals that as of July 31, 2010 there were 857,000 fewer persons employed than there were in July of 2009. Yet from Barack’s glass bubble, it sounded like all is well. Sure, his chief economist, Christina Romer just resigned, but that’s no cause for concern. The latest from Obama is that ‘private employment has increased every month’ during 2010. Really? Does that mean there are more jobs today than there were yesterday?

Following is my latest presidential scorecard, based purely on official BLS data: 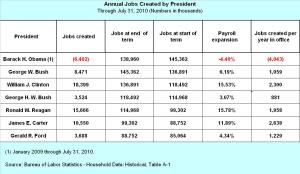 Obama was quick to take credit for the false increase in overall employment, earlier this year, when the U.S. Census Bureau hired 500,000 temporary workers, but now that they’re all gone he’s been slow to acknowledge the true situation. According to the BLS there were 139.8 million Americans employed in July of 2009, and 138.9 million employed in July of 2010. That’s a decline of 857,000 jobs over the past 12 months. There has actually been a steady, and progressive, decline in civilian employment for the past year, but you know, Obama doesn’t have time to look at facts and figures.

Is this what success looks like in the minds of progressive Democrats? Is losing the new winning? If so, Obama is certainly leading the pack. It’s time to throw the bum(s) out!

Just so you know that I’m not making this stuff up, here’s a snapshot of the latest BLS report: 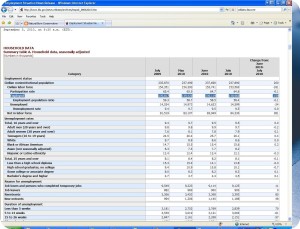 One thought on “Successful Losing: Obama on Jobs”