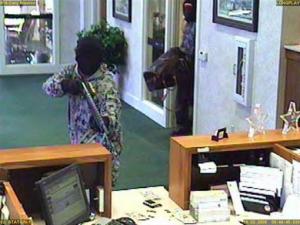 The question of the day: Why is making $250,000 a year suddenly considered wealthy? The Obamas made $5.5 million last year. Is that wealthy?

So in inflation adjusted dollars, people like the Obamas would have been considered wealthy in the 1920’s and should rightfully be in the top tax bracket today. On the other hand, folks making $50,000 to $250,000 today, would have been barely considered middle class back in 1926.

When voters finally drop this left, right bickering and start looking at the facts they are going to wake up one day and realize that we’ve all been bamboozled. We’ve been getting robbed for so long that we don’t even know the difference. The following table compares today’s tax rates with 1926 rates for comparable incomes.

Annual income, as defined in current tax tables, needs to be appropriately adjusted for inflation. Tax rates, on the other hand, should be adjusted back towards the historical lows, not adjusted for inflation (as eventually they would exceed 100%). There is not one section of the Internal Revenue Code that has been consistently adjusted for inflation, neither the standard deduction, nor personal exemptions have kept pace. Tax brackets have been lowered and raised seemingly based on the whims of politicians, and not based on historical inflation adjusted incomes, and that’s wrong. It’s just plain wrong.

It’s time to stop playing games with the American people, and time to start governing honestly. I’m sick and tired of rich Washington politicians, like the Obamas, trying to pretend that they’re on the same level as everyone else. The Obamas are millionaires and should pay accordingly. But let’s be fair about it, making $250,000 a year in 2010 is not rich, it wasn’t considered rich in 1926, and it’s not rich today.