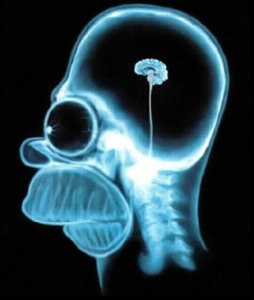 “But we cannot afford $1 trillion worth of tax cuts for every millionaire and billionaire in our society.” ~ Barack Obama

The Class Warfare Instigator in Chief (CWIC) has been railing against wealth. People who have saved up for retirement, or who were fortunate enough to acquire assets which have appreciated substantially are not impressed. Anyone with half a brain knows that a millionaire (or billionaire) is an individual whose net worth is equal to or exceeds one million (or one billion) units of currency. Net worth refers to an individual’s net economic position. It is calculated by adding the value of all of ones assets minus the value of all of their liabilities. Being a millionaire or billionaire has nothing to do with an individual’s annual taxable income. So when politicians, such as Obama, speak of tax breaks for millionaires and billionaires, do they even know what they’re talking about?

At the last count, there were just 412 billionaires in the United States. So the next time Obama refers to “billionaires”, it would be more appropriate for him to refer to them as “the 412 billionaires”. When one studies the IRS’ Statistics of Income reports, the top 400 annual incomes reported on tax returns in 2007 averaged just under $138 million, far short of a billion. Word twisting politicians, namely Obama, would have us believe that there are people making billions of dollars per year, but that’s simply not true. In reality, only 400 households were fortunate enough to report average annual incomes of around $138 million. And as stated, only 412 Americans have a net worth of over a billion dollars. According to the Spectrum Group there were 7.8 million millionaires in the United States in 2009. However, according to a Taylor Nelson Sofres report, half of all millionaire households in the US are headed by retirees.

Good luck to Democrats in first identifying tax breaks that benefit people with net worth’s of over $1 million (or $1 billion). They don’t exist. And secondly, since more than half of millionaire households are headed by retirees, most likely the only taxable income they receive is from pensions and investment income (a healthy chunk of that being tax-exempt). So does Obama want to raise taxes on grandpa? You mean to say that when people work hard all their lives and save up more than a million dollars for retirement, now that they have become millionaires they are evil and deserve to pay higher taxes? Get out of town, literally.

So is Obama talking about increasing taxes on investment income? Is he talking about doing away with tax-exempt interest? Does he want to get rid of the favorable capital gains rates? Does he intend to impose a tax based on unearned income (the amount of equity a citizen has in assets on a given date)? Or is he talking about re-imposing confiscatory death taxes? Say what you mean, and mean what you say, otherwise shut the hell up. It’s time to stop inciting envy, strife and class-warfare. On the other hand, if all Obama is trying to say, and rather poorly, is that he wants to lower the top tax bracket down to $250,000 and raise marginal tax rates to 39.6% above that amount (i.e. return to the 1993 tax rate schedules), then he should just continue to say that like a broken record until his demise.

I think I understand what Obama is really saying. What he’s saying to me is that since $250,000 is to $1 billion as $25,000 is to $100 million, if you make $25,000 per year, you’re a billionaire. Got it? That seems to be how Obama, sleepy Joe, and the 143 Democrats in Congress see it. With 535 members of Congress, and only 143 of them Democrats, how are they controlling this conversation anyway? After all, there are 311,174,158 citizens, only 412 billionaires, 7.8 million millionaires, and a mere 145 delusional Democrats in DC. Perhaps one of these 145 simpletons can list for the public all of the alleged tax breaks for millionaires and billionaires. I will attempt to identify a few of them presently.

The Alternative Minimum Tax attempts to ensure that anyone who benefits from certain tax advantages pays at least a minimum amount of tax. The AMT provides an alternative set of rules for calculating your income tax. In general, these rules should determine the minimum amount of tax that someone with your income should be required to pay. If your regular tax falls below this minimum, you have to make up the difference by paying alternative minimum tax.

Tax laws provide tax benefits for certain kinds of income and allow special deductions and credits for certain expenses. These benefits can drastically reduce some taxpayers’ tax obligations. Congress created the AMT in 1969, targeting higher-income taxpayers who could claim so many deductions they owed little or no income tax. Because the AMT is not indexed for inflation, a growing number of middle-income taxpayers are discovering they are subject to the AMT.

You may have to pay the AMT if your taxable income for regular tax purposes plus any adjustments and preference items that apply to you are more than the AMT exemption amount.

Do the AMT exemption amounts (above) look like they’re targeting millionaires and billionaires to you? It doesn’t look that way to me. Not unless, like I said from the beginning, “we are all billionaires”. So just what kind of items can trigger the AMT? Here are a few.

Standard Deduction – What? Some 70% of American taxpayers claim the standard deduction (rather than itemizing). The standard deduction isn’t allowed under the AMT. Usually this isn’t a problem because the AMT generally hits people with higher incomes, and these people are more likely to claim itemized deductions. Yet it’s worth noting that a deduction that’s so widely used can contribute to AMT liability.

State and Local Taxes – What? If you itemize, there’s a good chance you claim a deduction for state and local tax, including property tax, income tax and sales tax. These deductions are not allowed under the AMT. If you live in a place where state and local taxes are high, you’re more likely to be subject to the alternative minimum tax.

Interest on Second Mortgages – The AMT allows a deduction for interest on mortgage borrowings used to buy, build or improve your home. If you borrowed against your home for some other purpose, the interest deduction isn’t allowed under the alternative minimum tax.

Medical Expenses – The AMT allows a medical expense deduction, but it’s more limited than the deduction under the regular income tax. If you claim an itemized deduction for medical expenses, part or all of it will be disallowed when you calculate your alternative minimum tax.

Miscellaneous Itemized Deductions – Certain itemized deductions are available if your total deductions in this general category add up to more than 2% of your adjusted gross income. Among the items here are unreimbursed employee expenses, tax preparation fees and many investment expenses. You can’t deduct these items under the AMT, though. A large deduction in this category could lead you to pay alternative minimum tax.

Well, the AMT certainly doesn’t constitute a tax break for millionaires and billionaires. Heck, we’ve barely breached the $75,000 mark if married ($50,000 if single) and most of the main tax breaks have already dissipated. Next!

You may be eligible for a tax credit if you make contributions to an employer-sponsored retirement plan or to an individual retirement arrangement. If you make eligible contributions to a qualified IRA, 401(k) and certain other retirement plans, you may be able to take a credit of up to $1,000 or up to $2,000 if filing jointly. The credit is a percentage of the qualifying contribution amount, with the highest rate for taxpayers with the least income. However, income limits apply to individuals with a filing status and income of the following amounts:

So if you’re single and make more than $27,750 you can forget about this tax credit. It doesn’t appear that we’ve tapped into those elusive tax breaks for millionaires and billionaires yet. So let’s try again.

The Earned Income Tax Credit or the EITC is a refundable federal income tax credit for low to moderate income working individuals and families. Congress originally approved the tax credit legislation in 1975 in part to offset the burden of social security taxes and to provide an incentive to work. When EITC exceeds the amount of taxes owed, it results in a tax refund to those who claim and qualify for the credit.

Earned Income and adjusted gross income (AGI) must each be less than:

So much for tax breaks for millionaires and billionaires. There don’t appear to be many real breaks for folks making even $50,000 per year. Shall we try again?

So if you are lucky enough to be able to borrow more than $1 million on a mortgage, you cannot deduct any mortgage interest for the amount above $1 million. And if you have a home equity loan of more than $100,000, the amount of interest you can deduct is not allowed for the amount above $100,000. This doesn’t look like a tax break for millionaires and billionaires either. Surely there must be a humongous tax break for rich folks with children.

The Child Tax Credit is for people who have a qualifying child under the age of 17. It is in addition to the earned income credit, if you even qualify for that. The maximum amount you can claim for the credit is $1,000 for each qualifying child. However, you must reduce your child tax credit if your modified adjusted gross income (AGI) is above the amount shown below for your filing status.

So if you’re married with children and have income of more than $110,000, you don’t get the full $1,000 child tax credit. Oh well, this isn’t a tax break for so called millionaires and billionaires. Maybe if you borrow a ton of money to invest in a graduate degree you’ll get a huge tax break.

But if your income is too high, you won’t get any break at all. You can take this deduction only if your modified adjusted gross income (AGI) is less than: $75,000 if single, head of household, or qualifying widow(er); or $150,000 if married filing jointly. Oh well, we could go on and on, but so much for that theory.

No one pays income tax based on their net worth. We pay income taxes based on the amount of income we earn or produce each year. The simplistic act of raising the top marginal tax rate from 35% to 39.6%, and lowering the top tax bracket down to $250,000 won’t bring in an extra dime from millionaires and billionaires. Although it will take some money out of the pockets of small businesses, families and other hard working Americans, it will leave true millionaires and billionaires unscathed. There’s a dearth of tax breaks for anyone making more than $75,000 per year, and marginal tax rates are already way too high across the board, so Obama’s comments are simply absurd. Perhaps one of the other 144 Democratic Party simpletons in DC can list for us all of the alleged tax breaks for millionaires and billionaires. But until then, I’m going to have to ask you to muzzle it. Otherwise, prepare to give up your remaining 145 seats.

It’s not the 412 billionaires that worry me; it’s the federal government, $14 trillion in debt, with its hand in my pocket. That makes me queasy.

One thought on “We Are All Billionaires Now”