From an Extreme Radical Independent Centrist

In his 1943 study entitled, The New Philosophy of Public Debt, U.S. economist, founder and 1st president of Brookings Institution (1927-1952), Harold G. Moulton expounded on the two conflicting debt philosophies of that era. First was the traditional view, that “a continuously unbalanced budget and rapidly rising public debt imperil the financial stability of the nation.” And, second, the new conception of the day, that “a huge public debt is a national asset rather than a liability and continuous deficit spending is essential to economic prosperity of the nation.”

At the conclusion of Moulton’s study, it was determined that under the latter theory, continuous deficit spending would lead to constant money printing, and thus runaway inflation, culminating in a depression. And, the only way such inflation could be curbed would be through the use of totalitarian methods of control.

However, even advocates of continuous deficit spending rejected such totalitarian control policies, as did the entire nation. Thus following World War II the new philosophy was cast aside, and the United States’ Debt-to-GDP ratio, which had increased from a modest 45.4% in 1941, to a peak of 122.0% in 1946 at the close of the Second World War, was eventually reduced to just 31.8% by 1981 (see chart above).

Jumping forward to today, we find the nation’s debt-to-GDP ratio once again above 100%, currently resting at around 106.5%, as we are lectured by Potus 44 on a completely new conception of public debt. At an Oct. 8, 2013 press conference, Potus 44 broke away from the two prevailing philosophies, debated in Washington D.C. for more than 70 years.

He proffered that there really is no such thing as a debt ceiling, and that even if there were, raising it would not increase the national debt. He declared, “Raising the debt ceiling is a lousy name, which is why members of Congress in both parties don’t like to vote on it, because it makes you vulnerable in political campaigns.” He continued, “Raising the debt ceiling does not increase our debt. It does not grow our deficits. It does not allow for a single dime of increased spending. All it does is allow the Treasury Department to pay for what Congress has already spent.”

Under what we shall term the Third Conception, what federal law calls the debt ceiling is likely just a misnomer, for raising this alleged ceiling won’t increase the nation’s debt, nor increase budget deficits, nor allow for even a single dime of increased spending. In other words, according to Potus 44, scholars of bygone days, including those who once favored unlimited government borrowing and spending, were misguided. Come to find out, there really is no national debt, and even if you choose to call it such, it carries no negative consequences, no matter how high it should climb.

So what are we to make of this? Could it be that the totalitarian control policies required to keep inflation in check are already secretly in place? Or have we drifted so far from reality that we no longer believe what we see with our own eyes? In Budgeting 201: An Immediate Debt Crisis, we saw how the tiny nation of Cyprus buckled as recession hit its economy while its debt-to-GDP ratio stood at around 93%, and we know that this led to the confiscation of funds from private citizen’s bank accounts. Yet our leaders turned a blind eye, as our own debt-to-GDP ratio edged above 100%.

Now, what we hear from Potus 44 is that “all of us need to stop focusing on the lobbyists and the bloggers and the talking heads on radio and the professional activists who profit from conflict and focus on what the majority of Americans sent us here to do.” Yes, and what perchance is that, to grow the size of government, and along with it the National Debt?

To rephrase this, what Potus is saying is that since the final popular vote totals were 65,899,660 for Obama-Biden (51.1%) and 60,932,152 (47.2%) for Romney-Ryan, nearly half of us, or 47.2%, need to stop focusing on what we believe in, and in many cases would give our very lives for, and instead focus on whatever he, the person whom the other 51.1% of America voted for, says, no matter how preposterous, and no matter how much damage it may inflict on the nation as a whole. But who’s to say the other 51.1% actually co-signed on the concept of unlimited increases to the national debt? After all, when campaigning, didn’t Potus 44 himself promise to place the debt in check? 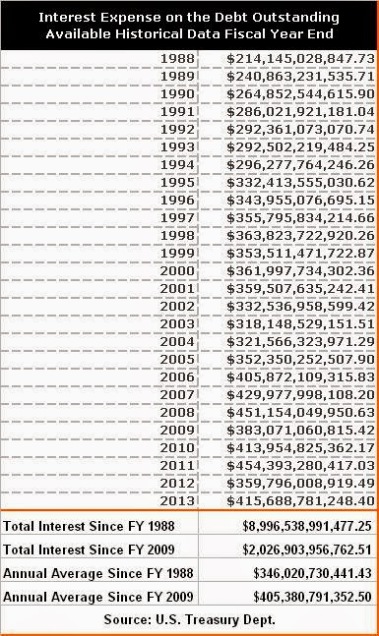 If it be not a debt ceiling, then what shall we call it – a debt sky, or maybe a debt horizon? Perhaps we should begin referring to it as simply “not the debt ceiling”. The truth is, no matter what we choose to call it, as soon as Congress voted to temporarily suspend the thing, the national debt catapulted above the $17 trillion milestone.

Thus, the Third Conception fails the reality test. Sorry, but we don’t compromise on principles merely to satisfy the insane whims of any and every brain-dead person around us. Try that in your own life, if you wish. In fact, Potus 44, himself, once voted against raising the debt ceiling while serving in the U.S. Senate.

As a side-note, Hell will freeze over before I ever purchase a commercial health insurance policy through the federal government. Are you kidding me? You thought people would flock to a federal government owned and operated website to purchase commercial health insurance policies from private insurance companies? Uh, what’s wrong with this picture? Do we really need the middleman? Good luck with that scam.

You see, there’s truth, and then there’s politics. One is real, the other make-believe. Does anyone out there know the difference between danger and fear? Danger is real; fear is imagined. So here’s how one can know the difference. Over the last 26 years, the United States has spent a total of $8.9 trillion on interest payments to service its national debt; $2.0 trillion of that since 2009 alone (see chart above).

Yet, according to the U.S. Treasury, the gross national debt was only $10.0 trillion at the close of fiscal year 2008, and it stands at $17.1 trillion today (see chart below). Herein is our dilemma: Unless interest rates hover near zero-percent forever and ever, this adjustable-rate, interest-only, debt bomb will one day explode, and the annual interest payments thereon will eventually consume every dime of tax revenue. Is this real, or imagined? I guess it doesn’t matter to some, as long as it’s not their money.

If the next generation doesn’t care about the size of the national debt, today, then it will reap the rewards of negligence. Those who care now won’t be around forever to warn of the perils of unlimited government debt, so if that’s how you want it, have it your way. But, don’t say you were never warned about the 70% to 90% income tax rates you’ll eventually enjoy, and don’t forget to send my generation every dime we’re due in Social Security and Medicare entitlements while you figure it all out. Have a great future! I’ll leave you with the following words of wisdom.

“If you will not fight for right when you can easily win without blood shed; if you will not fight when your victory is sure and not too costly; you may come to the moment when you will have to fight with all the odds against you and only a precarious chance of survival. There may even be a worse case. You may have to fight when there is no hope of victory, because it is better to perish than to live as slaves.” ~ Sir Winston Churchill