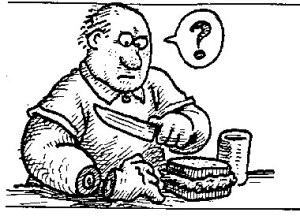 Is a refundable tax credit the same as a tax cut?

But the real fallacy lies in the fact that refundable tax credits are not tax cuts, but rather, they are subsidies. Subsidies are paid for by taking money from some Americans and giving it to others. This is also known as ‘spreading the wealth around’.

I’m not very cheery knowing that while I have been faithfully paying my mortgage, people are buying foreclosed houses down the street for $110K less than what I owe. And not only that, but the Government is giving them an $8,500 subsidy out of my tax dollars. It’s as if the $110K of potential equity wasn’t enough of a subsidy. Also, when the government refunds a person $8,500 to buy a house, it only applies to those who bought houses, not to 95% of all Americans.

Non-refundable tax credits represent true tax cuts, as they can only be used to reduce the amount of tax actually owed, with the balance being lost. The child care credit is an example of a non-refundable tax credit, and has not changed in years. The retirement savings credit would be a good way to cut taxes, but unfortunately if you made over $27,750 ($55,500 for joint filers), you don’t qualify. The education credit used to be a way to cut taxes, yet it is already $2,500 per year, so nothing new was stated by Obama when he said he will give out a $10K credit over 4 years. Uh, we already have that, sir. [What is new, however, is that as of 2009, now 40% of the education credit has become a refundable tax subsidy.]

Another tidbit, right now, all three of my kids are in college. I’m divorced and they live with their mother out of state. I am paying part of the way for one while the other two have full scholarships. Because I don’t claim any of them as dependents, I am not allowed any credit for the tuition that I’m paying. I wonder how many others are in the same boat. It’s not that I want anything from the Government, but just want to let you know that there are cracks in the real world.

Finally, Obama wants to give a Capital Gains Tax Cut for Small Business Investment. What does that mean? A capital gains tax cut only applies if someone has an appreciated asset to sell, which they have held for more than one year. So, first you have to have an appreciated asset. Then you have to either have a small business that buys and sells appreciated long-term assets, or would need to sell your business in order to benefit. The only problem with what Obama said is that the lower Capital Gains Tax rate that we already have, which is currently 0% for those in a 15% or lower tax bracket, already applies. Nothing new here.

As a small business owner I haven’t quite figured out how anyone can really use this one. And what kind of tax rate are we talking about anyway? He didn’t say anything specific. The only way I could use it is if I sold my business. But I don’t want to sell the business. And if I did sell my business I would already benefit from the Section 1244 exclusion or the low capital gains rate.

While you are applauding Obama’s words, you should stop and think about how a capital gains tax cut can benefit a small business. If anyone can explain it to me, I’ll be glad to listen, but to me, it’s just rhetoric.

In conclusion, all I heard from Obama tonight, regarding taxes, was the same class warfare, wealth redistribution rhetoric that I heard in 2008 when I cast my ballot for the other guy.