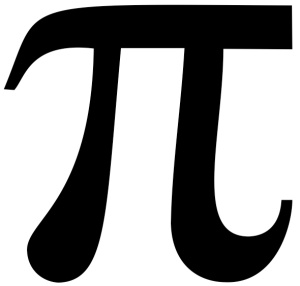 “It has been said that we judge others by their actions, but judge ourselves by our intentions.” ~ The Philippian Jailer

So okay let’s pretend that it’s true that every dollar the government spends on unemployment and food stamps magically doubles across the economy. There is just one major problem with the Pelosi Effect. Since the initial dollar was borrowed, and interest payments on the debt are effectively being borrowed as well, that same dollar will wind up costing the government $2.03 within 18 years, and may wind up costing in excess of $1,355,196.11 over time. 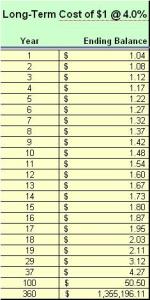 You see, it is one thing for the government to spend a dollar from surplus, but entirely another when that buck has been deficit-financed. Thus, the effect that the proposed spend and spend package will have on demand will most certainly not be positive. It all points back to the importance of not spending what you don’t have (i.e. PAYGO). What happened to that theory? With the national debt currently at $13.8 trillion, and growing by $5 billion per day; how is it ever to be repaid when hundreds of billions more is recklessly piled on with every whim? Lady, please!

Apparently the word compromise means payoff rather than paygo. One can only imagine how much that elusive deficit reduction plan will cost [sarc]. Oh give me a break!

Note – The dollar never gets fully returned to the government, or to the recipient of benefits. In the near term, unemployment is partially taxable, but the most the government will get back in taxes is 10%. The recipient will only effectively be receiving 90 cents due to federal income taxes, and less when you factor in State taxes (in Georgia that would be 85 cents). So we’re back to around $1.70 (0.85 * 2) added to the economy rather than $2.00. Then once the recipient has spent the money it’s gone. Unless they are able to find a job within 13 months they will be knocking again, ad infinitum. First 99 weeks, then 56 more, and the debt grows on, and on, and on…….