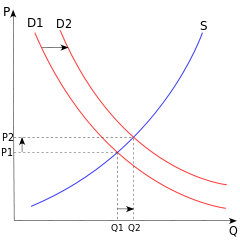 “Real demand is not artificial. We should resist as much as possible the notion of providing things that are not actually demanded by anyone.” ~ American Consensus

The price of any product or service is normally determined by two variables, supply and demand. In economics, prices rise as demand increases, as supply decreases, or a combination of the two. It’s only when supply keeps pace with demand that the price of gasoline stabilizes or declines.

Since we know that the world’s population is increasing, not decreasing, more gasoline production is constantly required, not less. It doesn’t take a rocket scientist to figure that out. Thus, the only way to reduce gasoline prices, in the face of rising global demand, is through greater production. Yet, U.S. oil production has been on the rise since 2009, while demand has declined. So, why is gasoline stuck above $3.25 a gallon?

Was there suddenly a great demand for solar panels, biofuels, windmills and electric cars in 2009? The answer is no. Do cars and trucks run on solar panels and wind turbines? The answer is no. Yet, the 2009 stimulus set aside $80 billion in deficit financing to subsidize politically preferred green energy projects, which had little or no demand at the time. In fact, there is little demand for such products today. What the world demanded in 2009 is the same thing it demands today, more gasoline. So why is the federal government involved in providing things that are not actually demanded by anyone?

According to the Energy Information Administration, global oil consumption declined slightly in 2008, 2009 and 2010, while global supply has kept pace with demand (see chart above). In 2010, global supply actually exceeded demand, but as of 2011, the latest statistics available, world demand set a new record of 87,421,000 barrels per day, up from 83,412,000 in 2010. Yet global supply has kept pace with demand. So why have U.S. gasoline prices climbed by more than 90% since January 2009? The answer doesn’t involve oil supply and demand, it has to do with the decline of the U.S. dollar.

The purchasing power of the consumer dollar has declined by 24.3% since 2001 (see chart below). The dollar actually strengthened for a brief 5-month period, from September 2008 to January 2009, but then resumed its decline, having fallen by 8.9% since January 2011. What happened to the price of gasoline during the five-month’s that the dollar strengthened? It declined dramatically, from $3.72 a gallon to $1.64 (see Part I). And what happened to the price of gasoline after January 2011? It shot past the $3.25 per gallon breaking point, where it remains today.

What caused the dollar to decline? The U.S. monetary base, the total amount of a currency that is either circulated in the hands of the public or in the commercial bank deposits held in the central bank’s reserves, has increased by 324.2% since 2001. The money base grew from $616.7 billion in 2001, to $2.6 trillion as of September 2012. You can see in the chart below, that $256 billion of this increase occurred between January 2001 and September 2008. But from September 2008 to January 2009 the monetary base increased by $858 billion. However, this initial increase actually strengthened the dollar, and was, evidentially, the precise temporary stimulus needed at the time. The only problem with this brilliant strategy was that it wasn’t temporary.

Instead of winding down at the end of January 2009, what had been a well timed temporary stimulus was unfortunately doubled. Since then, the monetary base has been jacked up by another $886 billion. Instead of a temporary stimulus, what we wound up with was a permanent doubling-down of the original amount. Is this what the economy needed? What was the result? This time instead of strengthening, the purchasing power of the dollar plummeted.

Thus, by the time Barack Obama was inaugurated, the economy had already received the temporary stimulus it required. How do we know? The proof is the decline in the price of gasoline, to near its historic inflation adjusted norm of $1.73 a gallon (see Part I). But ever since then, the price of gas has risen from $1.88 to $3.65. That’s the proof. What we have witnessed during the Obama Administration has been reckless and unnecessary deficit-financed spending, which not only added six-months to the Great Recession, but has lead to a prolonged period of stagnation.

The Federal Reserve should have started reducing the monetary base in February 2009, but was unable to, due to the Barack Obama’s unprecedented $832 billion stimulus plan. In addition, as a result of Mr. Obama’s $1 trillion-plus annual budget deficits for the past four consecutive years, instead of being able to control the money base, the Fed has been forced into the unlimited printing of dollars, vis-à-vis QE3.

Based on the current trajectory, what we can expect with another four years of Barack Obama is a continued decline in the purchasing power of the dollar, and higher gasoline prices, in spite of improved U.S. supply and falling demand. The problem with high gasoline prices is they lead to recessions, while lower prices foster economic expansion. The target price for gasoline is the 1992 inflation adjusted price, $1.86 a gallon. The current price is $3.65.

In the midst of the Great Recession, the average price of gasoline only exceeded the breaking point ($3.25 a gallon) for a total of 31 weeks. In contrast, the current price has remained above the breaking point for a total of 86 consecutive weeks, from February 28, 2011 to present. What does that tell you? It leads me to believe that the U.S. is currently in recession. The cause: Inflation due to excessive money printing, necessitated as the result of an $832 billion stimulus, and unprecedented trillion dollar budget deficits due to Barack Obama’s inability to govern. Is there a witness?

One month ago, the Economic Cycle Research Institute (ECRI), the same organization which successfully predicted the last recession, and which over the last 15 years has gotten all of its recession calls right while issuing no false alarms, declared that the U.S. is in recession. In an article entitled, The 2012 Recession: Are We There Yet?, ECRI stated, “Back in December, we went on to specify the time frame for it [the recession] to begin: if not by the first quarter of the year, then by mid-2012. But we also said at the time that the recession would not be evident before the end of the year. In other words, nine months ago we knew that, sitting here today, most people probably would not realize that we are in recession – and we do believe we are in recession.”

The policies of Barack Obama didn’t deliver us from the Great Recession, they prolonged it. The $832 billion stimulus plan merely created an artificial demand for U.S. dollars, and is directly responsible for re-inflating the same imbalances that existed prior to the recession. How can we tell whether or not we’re better off than we were four years ago? Well, here’s what’s different today. We are more than $16 trillion in debt, 25 million Americans are either unemployed or underemployed, instead of reducing the money base the Federal Reserve is printing more money to purchase mortgage-backed debt on an unlimited basis, our tax and regulatory structure is mired in uncertainty, we are suffering from a foreign policy meltdown, and the price of gasoline has remained over $3.25 for a record 86 consecutive weeks.

The Obama Administration has done everything in its power to hide the truth from us, but we’re just not going to take it anymore. Americans can take a lot, but one thing we won’t tolerate is government officials who try to deceive us. The federal government can easily manipulate unemployment statistics, since the numbers are basically made-up anyway, but it cannot so easily engineer the price of gasoline. To do so would entail releasing oil from the Strategic Petroleum Reserve, which is in place to mitigate national emergencies, not sway elections.

Four years of Barack Obama’s policies solved nothing. We are currently teetering somewhere between back where we started from, to worse off than we have ever been. And with a looming fiscal cliff, another four years of Obama will only make things worse. America can’t take another four years of trifling rhetoric, high gasoline prices, or another government-prolonged recession. It’s time to wash our hands of the Obama Administration, and time to turn toward mature, experienced, and responsible leadership. You know what time it is!

“A lie hides the truth. A story tries to find it.” ~ Paula Fox

The 2012 Recession: Are We There Yet? | Economic Cycle Research Institute

2 thoughts on “High Gasoline Prices and the 2012 Recession, Part II”