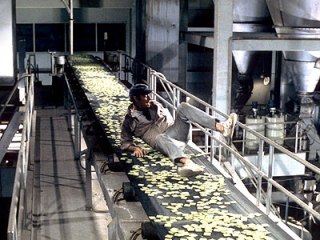 In an article entitled, “Algae for Waste Water Treatment and BioFuel Production: A Double Winner,” Dr. John Kyndt and Dr. Aecio D’Silva discuss the process known as phycoremediation, which is short for treating waste water with micro algae, for the purpose of producing low cost algae biofuels and other biomass products.

Biofuel is a type of fuel whose energy is derived from biological carbon fixation. The advantage of algae is that it will supposedly consume more CO2 than is released in the process. Unfortunately, and unbeknownst to many, this has not been the case with previous generations of biomass. So how did scientists arrive at the recent pronouncement that algae-biomass is the answer to our future fueling needs?

In 2008, two groups of US researchers independently concluded that most biofuels commonly thought of as solutions for reducing greenhouse gases, turned out instead to increase greenhouse gas emissions. Clearing grassland or forests to plant them released more carbon dioxide than could be saved in the process. The analyses proved that large amounts of trapped carbon are released into the atmosphere when vegetation burns or decays as land is cleared. This up-front ‘carbon debt’ could take centuries to break even with emissions gradually avoided by substituting biofuels in place of fossil fuels. Many studies subsequently arrived at the same conclusion.

For example, sugarcane ethanol grown on the converted Brazilian savannah would need to replace petrol emissions for 17 years just to repay the carbon released when the savannah was converted. Other examples, such as soybean biodiesel from cleared Amazonian rainforest, took centuries to break even. The studies concluded that, only biofuels made from waste products, or grown on abandoned lands would do less harm than good. Thus the algae boom was born. The same line of reasoning eventually lead to the latest craze: treating waste water with algae for biofuel production. A double winner loser!

Ironically, fossil fuels have their origin in ancient carbon fixation, a similar process to that realized through detoxifying sewer water with algae. However, green scientists don’t recognize fossil fuel as a biofuel because it contains carbon that has been out of the carbon cycle for a very long time (which might actually be a good thing). Thus, we have green fuel, manufactured through synthetic carbon fixation, versus black gold, created through naturally aged carbon fixation.

Here’s how the algae fad works. Instead of waiting on Mother Nature to naturally form fossil fuels, mankind is now capable of producing the same effect in a fraction of the time. We have arrived. The idea is that as you flush your toilet, instead of the waste flowing to costly, energy consuming, waste water treatment facilities; it will instead be treated with algae before returning to your tap. In turn, the algae will be converted into biodiesel, green diesel, bio-jet and chemicals. The residual biomass, which is high in proteins and carbohydrates, will be used in aquaculture, animal feed, and food ingredients. Did I say food ingredients? Yes. And that makes algae a triple loser!

In fact, one particular algae biofuel manufacturer, Solazyme, boasts of its ability to create renewable oil – for fuel, and for food. Among its primary inputs are waste streams. When I recently learned that one of my favorite frozen food companies, which I won’t name here, was using the residual biomass from Solazyme in its food-line, I immediately discontinued its use. The thought of diesel fuel, and food coming from the same sewage fed algae-brew was more than I could take, as I alluded to in, Ends of the Green Agenda – Costs of Algae Biofuel.

The U.S. Navy has announced the objective of operating at least 50% of its fleet on clean, renewable fuel by 2020. According to Marine Corps Times, in 2009 the Navy paid $424.00 per gallon for 20,055 gallons of biodiesel made from algae, which set a world record at the time for the cost of fuel. Solazyme was the recipient of this lucrative contract. In the midst of the worst recession since the Great Depression, the U.S. Navy presumed that paying $424.00 per gallon for algae biodiesel (while petroleum based diesel was selling for an average of $2.50 per gallon) was somehow not a foolish waste of taxpayer’s money.

So since Solazyme had $39 million in revenue but wound up losing $54 million in 2011, it appears to be a huge boondoggle. It’s quite a feat for a company to lose more than 100% of its total revenues. Were it not for the government’s inordinate stimulus coupled with undue debt, this foolish endeavor, along with a myriad of others, wouldn’t exist.

Yes, it’s true, global warming foolishness is a major cause of the looming recession. Instead of focusing on root causes of the previous recession, the Obama Administration has gone awhoring after science fiction myths and bowed itself to strange gods. And because of this we must all pay a price.

Economist Raymond Richman of Ideal Taxes sums it up:

The growth of state-subsidized bio-fuels, windmills and solar panels, hybrid vehicles, electric cars, and lithium battery manufacturers has highly negative effects on employment and regressive effects on the distribution of income.

We estimate that about $100 billion in grants and tax credits have been extended by the federal and state governments to the proprietors of those establishments, making many of them rich and eager to take advantage of the free capital and guaranteed loans.

Tax rebates and tax credits do not appear in our federal budget.

American economists are at a loss to explain the continuing high level of unemployment in the face of the $800 billion Recovery Act expenditures, the $1.5 and $1.8 trillion budget deficits in 2010 and 2011, and “green” energy subsidies, federal and state.

Moreover, none of the “global warming” could compete with fossil fuels without huge government subsidies. The states and federal government provided about 60 percent of the capital of the green enterprises and got nothing in return. The government made sure that wind and solar plants got a high enough price for the electricity they produced by requiring electric utilities to buy their electricity output regardless of price. The subsidies are so costly that Spain had to end the wind and solar subsidies to avoid bankruptcy and we shall have to as well.

Recently, while attempting to defend his global warming panic policies, Barack Obama made the following humorous remark, “If some of these folks were around when Columbus set sail, they probably must have been founding members of the flat earth society. They would not believe that the world was round.” Apparently everyone but Obama knows that, with few exceptions, no educated person in the history of Western Civilization from the 3rd Century B.C. onward believed that the earth was flat.

Am I supposed to trust a man who is roaming around the countryside proclaiming that the world will turn into a giant incinerator within a couple of years, unless we start making our food and fuel out of our own feces?

I simply refuse to believe that the World will turn into a ball of fire through our continued, prudent use of natural, God-given, carbon based fossil fuels. However, I do believe that the U.S.A. is headed for a cliff. If this nation keeps on borrowing and spending like it is today, we might be forced into bankruptcy within a couple of years, a concept which is apparently beyond Mr. Obama’s grasp.

The U.S. is sitting on a 200-year supply of oil. If the idea is to break free from our dependence on foreign oil, I’m game, and we can start doing that right now, with our God-given natural resources. But if the idea is some foolish Doomsday notion, based on panic and fear, then Obama should be removed from the White House, and returned to the nearest urban street corner, cardboard sign and all. Global warming foolishness is the third and final element contributing to the Malaise of 2012.

11 Great Things to Do With Sewage