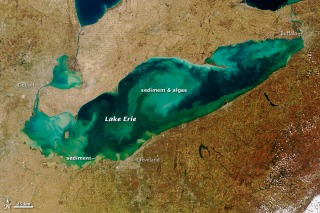 According to Mr. Obama, you don’t have a fair shot right now, and it’s all because millionaires aren’t paying enough income tax. If millionaires would just give the federal government its fair share, then you, I, and everyone else would have a fair shot…, and a glass of algae.

What, pray tell, is a fair shot?

The best definition I can surmise is “a lawful chance at odds.” But don’t we all have this already? For example, the odds of winning the recent $640 million Mega Millions jackpot were 1 in 176 million. In order to guarantee a win, one would have had to spend $176 million buying up every combination. So if some nefarious millionaire had purchased all 176 million combinations, would he or she have had an unfair advantage?

Well, perhaps, but what millionaire would be dumb enough to blow $176 million on lottery tickets? What are the odds of that ever happening? The odds of one person buying all 176 million winning combinations, across multiple States, would probably be 1 in ∞ (infinity). In other words, a guaranteed win is impossible, at least when it comes to the Mega Millions lottery. But a fair shot is open to anyone who plays the game. “You gotta be in it to win it.”

According to CBS News, one person purchased $2,600 worth of lotto tickets, and another threw down $55, while the more frugal played their usual dollar or two. Did the one who blew $2,600 have an unfair advantage over $55 and $1 players? I will concede that the $2,600 player had an advantage, but I would hesitate to call it unfair. The poor sap simply had more to lose, yet not a dime more to gain. Not one dime. Now let’s flip over to the Mega Trillions Federal Debt Lotto.

But who wins in this crapshoot? With the federal government borrowing and spending hundreds of billions of dollars, in advance, and squandering it to produce test-tube sewage-fed algae biomass for fuel, while Lake Erie and other U.S. lakes are full of “free” blue-green scum, the answer is no one. You’d have to be an idiot to waste hundreds of billions of dollars manufacturing something that’s sitting right in front of your face, wouldn’t you? Hindsight is 20/20, foresight is priceless.

When it comes to the national debt, those who don’t pay federal income taxes make out like bandits, they have nothing to lose. And those who already pay more than their “fair share” (i.e. taxed enough already) have nothing to gain. It’s not the 2% of top earners that worry me, they generally pay their bills on time, but rather the federal government which has already borrowed more than 100% of our entire economy, an amount estimated to reach $16.3 Trillion by September 30th of this year.

Only a depraved leader would have his nose in other peoples finances while ignoring his own debt laden, broken, overspent, and soon to be bankrupt enterprise. The federal government is not the solution to our problems; it’s the $16.3 Trillion in the hole, deadbeat, money squandering, largest debtor-nation in the Universe, leach, which is forever in the way and constantly on our collective back.

The moral of this story: Never confuse motion with action.

In other words, quit giving speeches and fix the problem. No one is going to vote for a tax increase in the middle of an election cycle, no matter how many speeches are enounced and dribbled. Especially not the one proffered, which in the end will barely cover one day’s worth of current deficit spending. No not a one! We don’t have a revenue problem; no, no, no, what we have is a deadbeat, money squandering, and largest debtor-nation in the Universe, ass-backwards, leach of a federal government problem. Get a clue!

Rather than paying more taxes, or spending multi-millions on lottery tickets to become multi-millionaires all over again, our well-to-do brethren would do better by investing in their own casinos, creating jobs and fair shot opportunities for others. And that leads us back to square one all over again: cut taxes, cut spending, and get out of our way and off our backs.