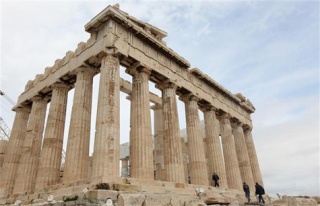 “The ignorance of one voter in a democracy impairs the security of all.” ~ John F. Kennedy –

“Trickle-down theory” is a pejorative term in United States politics which refers to the idea that tax breaks or other economic benefits provided by government to businesses and the wealthy will benefit poorer members of society by improving the economy as a whole. In the real world, and called by its proper name, supply-side economics has never failed. In fact, in spite of the ignorance of a few, any improvement in our economy since the end of the Great Recession can be attributed directly to the remaining bands of supply-side tax policies left over from the Bush Tax Cuts, which are scheduled to expire on December 31st.

In the 1980’s what was known as Reaganomics was pejoratively referred to by RINO’s and the far-left as “trickle-down” or “voodoo” economics. But they were wrong. Supply-side economics worked then and it will work now. Yet according to our clueless president, Barack Obama, it’s just “fairy dust”. We have to remind the far-left, including our clownish president (act like a clown and you get called one), that the four pillars of Reagan’s economic policy were to reduce growth of government spending, reduce income taxes and capital gains taxes, reduce government regulation of the economy, and control the money supply to reduce inflation. Now if that’s just “fairy dust” to you, then perhaps like Mr. Obama, back in your college days, you took one drag too many off a marijuana cigarette.

Mitt Romney’s five-point plan is the closest platform on the ballot to Reagan’s four pillars. Romney’s policies would also cut the deficit, reduce income taxes and capital gains taxes, reduce the number of government regulations, and would create a Reagan Economic Zone to strengthen free-enterprise and the U.S. Dollar world-wide. We call this supply-side economics. What’s the alternative? Does Obama have a better plan? Economist George Reisman, a proponent of tax cuts, said the following:

“Of course, many people will characterize the line of argument I have just given as the ‘trickle-down’ theory. There is nothing trickle-down about it. There is only the fact that capital accumulation and economic progress depend on saving and innovation and that these in turn depend on the freedom to make high profits and accumulate great wealth. The only alternative to improvement for all, through economic progress, achieved in this way, is the futile attempt of some men to gain at the expense of others by means of looting and plundering. This, the loot-and-plunder theory, is the alternative advocated by the critics of the misnamed trickle-down theory.”

On the other side of reality is Barack Obama’s one-point plan, also known as Obamanomics, “trickle-up”, “trickle-sideways” or “loot-and-plunder theory”. Under the Obama hypothesis, the deficit isn’t cut, income and capital gains taxes are hiked on those making over $250,000 while remaining static on those making less, the number of government regulations on the economy continue to expand, and nothing is done to improve the U.S. trade deficit or to strengthen the dollar. In other words, his one-term plan lacks a growth catalyst. Raising taxes on businesses and the wealthy isn’t an economic growth strategy, not even according to its chief proponent, Barack Obama. It’s merely a futile attempt of some men to gain at the expense of others by means of looting and plundering.

The Ends of Obama’s Loot-and-Plunder Theory

Among nations with the highest tax rates in the world, Ireland ranks #10. Its top tax rate of 48% kicks in at about $43,900 USD of taxable income (including a Universal Social Tax of 7.0%). Other notable taxes include a capital gains rate of 30%, and a pay related social insurance tax of 4% (also 4% if self-employed, with a 10.75% employer match). But while its personal tax rates are high, it has among the lowest corporate tax rates in Europe at just 12.5%.

A quick analysis of nations with the highest tax rates in the world reveals one common thread. Once a populace is conned into loot-and-plunder theory and tax rates begin to rise, it’s not long before tax brackets fall to a level where top tax rates affect almost everyone except for those below the poverty line. The top tax rate of 48% in Ireland kicks in at around $43,900 USD of taxable income and a tax rate of 35% kicks in at around $38,500 USD in Aruba. And that’s not including social insurance, health care, and VAT or national sales taxes which always follow. Where loot-and-plunder theory ends is when every middle-class worker is forking over 40% or more of their income to the government.

“Our tax system still siphons out of the private economy too large a share of personal and business purchasing power and reduces the incentive for risk, investment and effort – thereby aborting our recoveries and stifling our national growth rate.” ~ John F. Kennedy, Jan. 24, 1963, message to Congress on tax reduction and reform, House Doc. 43, 88th Congress, 1st Session